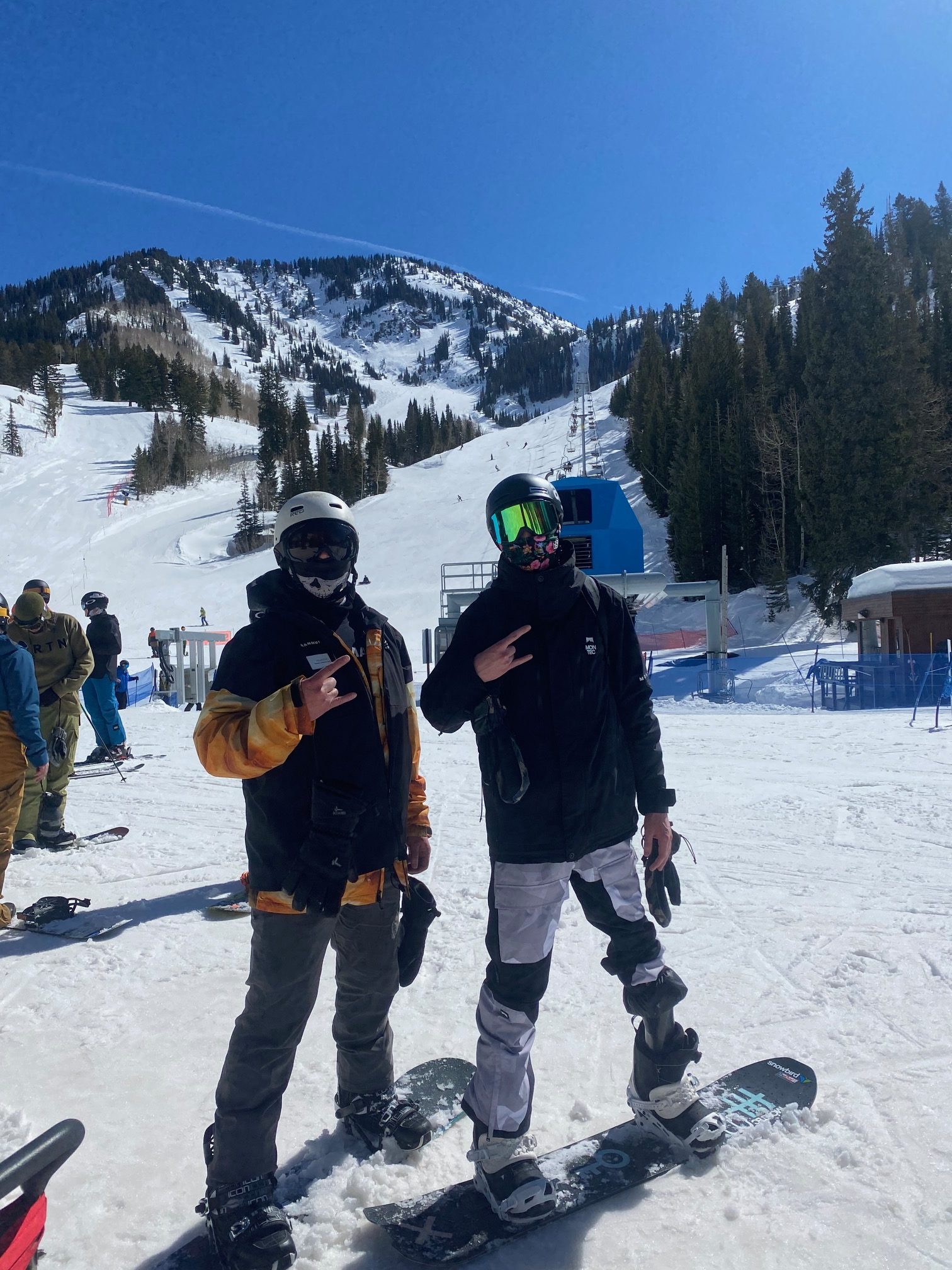 Last winter season, David Steen received the Barb & Steve Young Scholarship which awarded him a private lesson per week throughout the snowboarding season. Hear from his mom, Marli, about her experience as a parent and David’s experience getting to come out to Snowbird all winter long!

At age 15, David Steen has been snowboarding with Wasatch Adaptive Sports for 4 seasons. In 2015, at age 9, David was diagnosed with Osteosarcoma  (bone cancer) in his left femur.  David endured eight months of chemotherapy and had surgery to remove his femur, knee, and most of his quadriceps muscle.  The surgery David had to remove the cancerous bone and muscle was called rotationplasty.  In this surgery, David’s tibia, fibula, and calf muscle were attached to his unaffected femur bone and rotated so his ankle and foot function as his “knee”.  David has a below-knee type prosthetic on his left leg.

Before cancer, David hadn’t snowboarded or skied and didn’t think it was possible after his surgery.  A conversation with “Mr. Phil” Yorgason, a WAS sit-skier, helped David realize snowboarding was possible with Wasatch Adaptive Sports.  David’s first snowboarding lesson with WAS was in early 2018 and he was hooked.  David had a great time.  One of the little known benefits of snowboarding with Wasatch Adaptive Sports is that the instructors have worked with other students with prosthetics and have learned how to get snowboard boots on and off of prosthetic feet without adjustable ankles.  Participating a few times each season since David came to the lessons with skills to work on and goals to accomplish.  The WAS instructors are amazing! 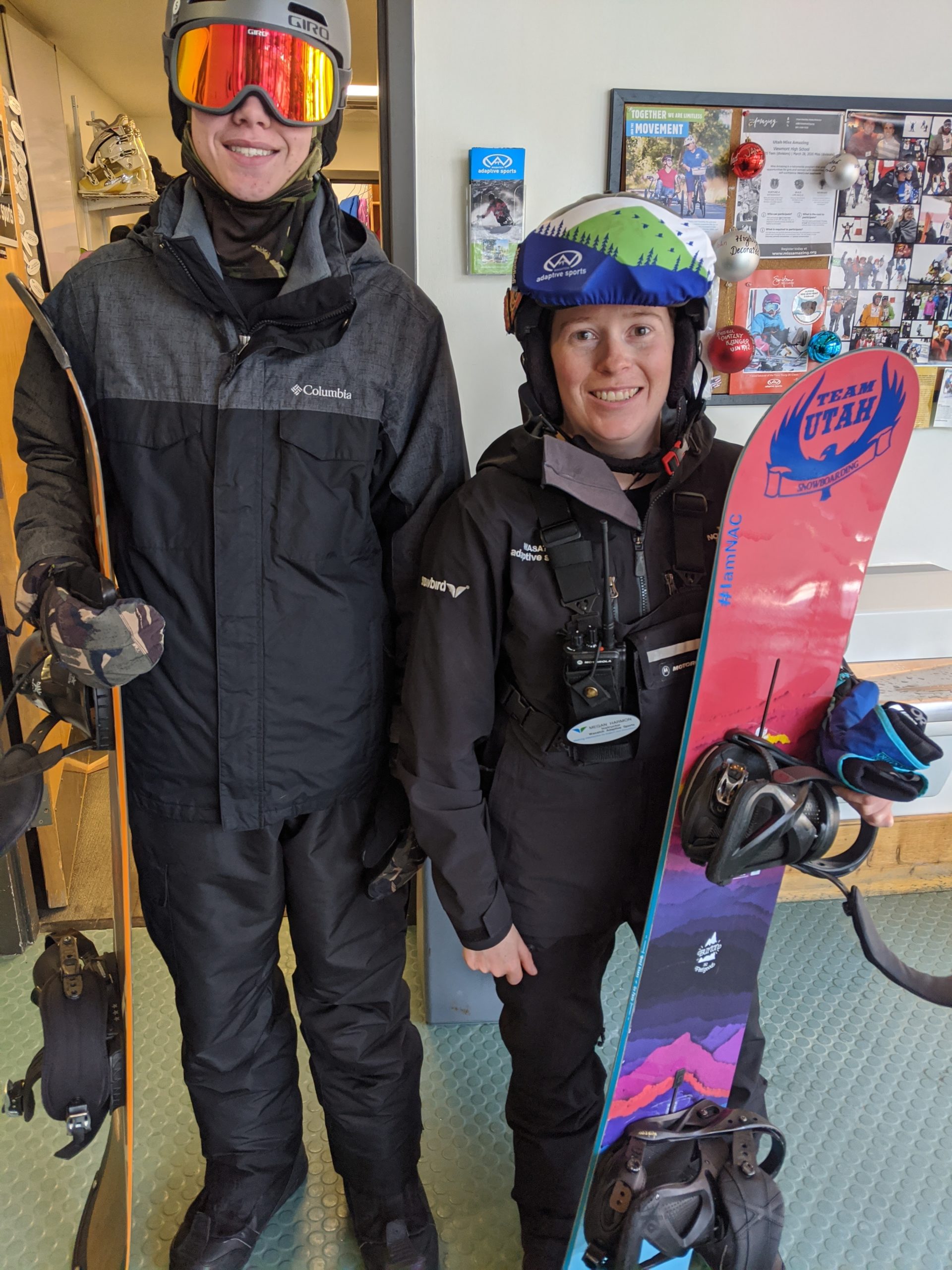 They all had tips and suggestions for David to help him become an accomplished and more independent snowboarder. In addition, the instructors helped David to learn to get on and off the lift by himself and to navigate resort maps and unpredictable terrain.

During the 2020-2021 WAS winter session, David was the recipient of the Barbara and Steve Young scholarship and was able to snowboard with a WAS instructor each week.  David began the season boarding on green and blue runs and ended feeling comfortable on black levels and even tried double blacks.  He discovered how truly beautiful the Snowbird resort is, enjoyed the social aspects of snowboarding and realized the mental health benefits of participating in outdoor recreation.  David also had a lot of fun snowboarding.  Wasatch Adaptive Sports helped David to discover a love of snowboarding, and to realize that anything is possible!

David shared, “I love boarding with the instructors at Wasatch Adaptive Sports because they don’t treat me differently and they give me tips on how to become better. I go to the lessons with something I want to work on and the teachers always help me figure it out and challenge me to keep trying. Last year, I was able to go on my first black run at Snowbird. It was awesome!” 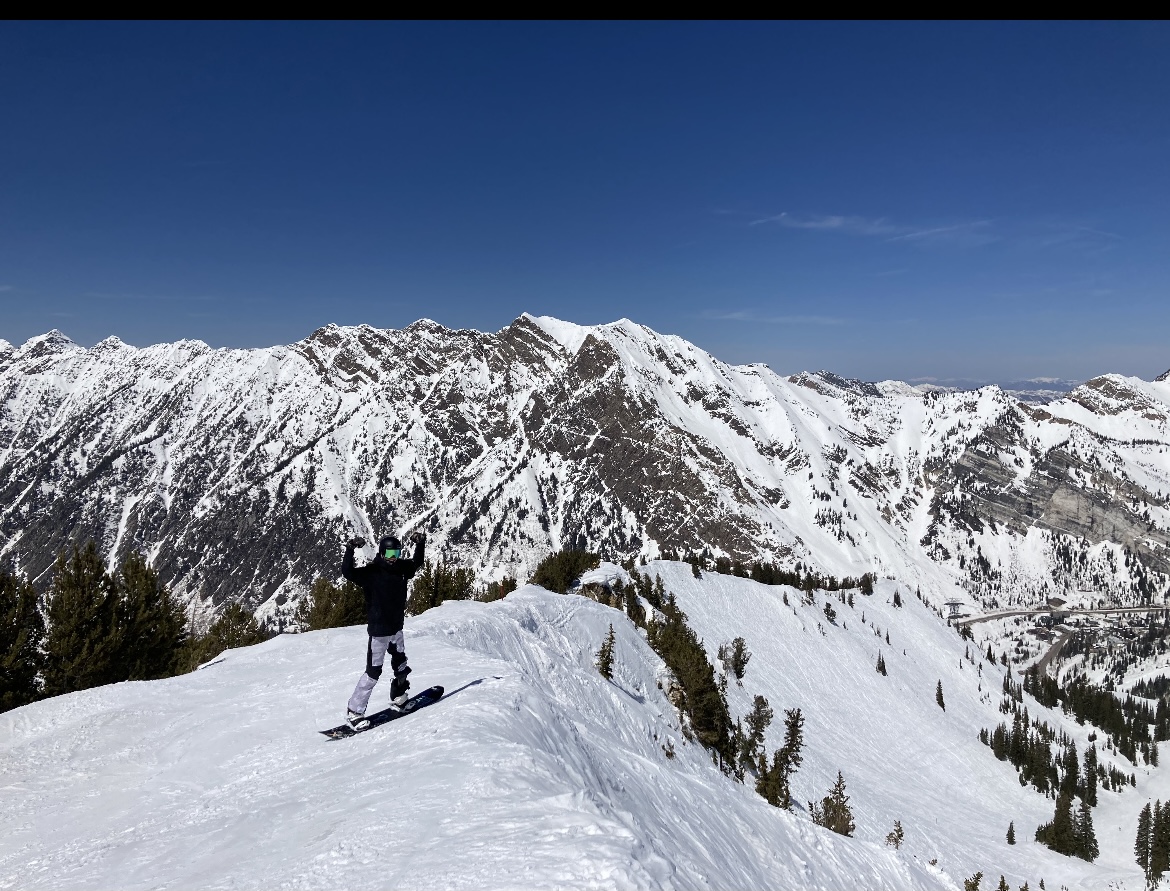